The existence in our days of the H. Leyvik Publishing House is in some sense, a miracle. How can it be that so much Yiddish institutions closed their doors and the Leyvik-Farlag is still with us, surprising the public over the world with new books of all kinds? We will not try to decipher the reasons for that, but one thing is clear: the people leading the Leyvik House in Tel-Aviv today feel as a part of YiddishLand as it was in the past, and no doubt that this Editorial activity is an integral part of YiddishLand.

The team of the Leyvik-Farlag works harmonically, in a friendly atmosphere and a clear sense that they are fulfilling a significant mission: to continue publishing new and interesting Yiddish books and distributing them internationally.

Since the Establishment of the State of Israel, there were different Publishers that sporadically printed Yiddish books, Most of them were in Tel-Aviv. Menorah (or "Menoyre") was probably the most famous.

During the 60's and 70's, emerged two very well-known Publishing Houses: I.L. Peretz-Farlag and Israel-Bukh. The first one affiliated with "Poale Tzion" movement, that traditionally had a positive approach to the Yiddish language, but also, of course, promoted Hebrew. They published a lot of important books, including Bashevis Singer. They had their own bookstore on 14 Brenner St, Tel-Aviv, that was at the entrance of a huge building. They also printed books of famous Yiddish writers from abroad, and their books were very nicely distributed over the world. Israel-Bukh was affiliated to the left wing party – "Mapam" and also released quite a number of Yiddish books.

During the 80's and after the Aliyah (immigration wave) of a large number of Yiddish writers from the former Soviet Union, the Union of Yiddish Writers and Journalists decided to create their own independent Publishing House, since the other mentioned Publishers were unable to accept a large number of new books and manuscripts. They called it Leyvik Publishing House. To the end of the 20th Century, the I.L. Peretz-Farlag and Israel-Bukh, for different reasons, disappeared. Leyvik Publishing House remained the only one in Israel and over the world, in general. Today there is another young and dynamic Publisher: Olniansky - Texts in Sweden, specializing in Yiddish Children Literature.

The Leyvik-Farlag published around 150 books. Most of them in Yiddish of course, some bilingual Yiddish-Hebrew, Hebrew-Yiddish and Yiddish-English. It is planned to Publish a first book in Yiddish from the well-known scholar Prof. Ilan Stavans (translated from English).

Roni Cohen is the Director of the Publishing House, assisted by Daniel Galay and different lectors that review the manuscripts that are presented. Well experienced translators from different languages like Rivka Basman Ben-Hayim, Israel Rudnitzky, Shlomo Lerman and Beruryah Wiegand contributed from their talents, to broaden the readership and attract new friends and supporters.

We are very proud that our Catalogue includes titles of the poet from London, Bruriah Wiegand, of Rivka Basman Ben Hayim, and also prose books by Dovid Katz, Shira Gorshman, Mordechai Tsanin, Hirsh Osherowitz, Daniel Galay and many more.

In the 90's, an extraordinary project was published. A two volume Anthology of Yiddish Literature in the State of Israel, with Meir Yelin as chief editor. It presents works, biographies and photos of more than 300 Yiddish writers.

The Leyvik Publishing House is supported partially by the National Authority of Yiddish Culture, connected to the Ministry of Culture, and by other foundations and private donors. Three titles are released each year, sometimes more, with Poetry, Prose, Theater and Essays. The Publishing House already has a work-plan for the next two years.

We put a special interest in the works of new Yiddish writers from different countries, as They enrich our literature, reflect our modern life and show that Yiddish still has what to say, at the highest artistic level.

Books are Souls. These Souls are now looking for their Readers! 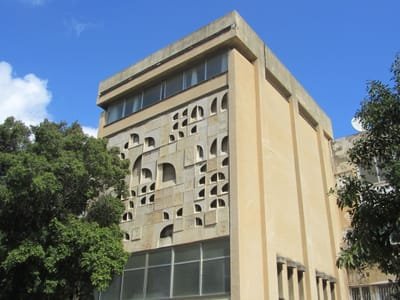