Even before the establishment of the state, a number of pioneers and Yiddish writers who immigrated to Palestine, decided in 1928 to publish a Yiddish magazine. The British authorities objected. A regular Yiddish magazine had no place in Palestine, only Hebrew, Arabic and English magazines were approved. The trustees of Yiddish found a trick and decided to publish the magazine "Eyns" (first) independently. After a while, magazine "Tsvey" (second) appeared, followed by "Dray", "Fir" and "Finf", until the authorities in the country surrendered and approved the official publication of the Yiddish magazine, and the rest is history. This is how the cornerstone of the creation of Yiddish in Israel was laid, which led to more and more magazines and books published in Jerusalem, Haifa and Tel-Aviv.

The waves of various "aliyah"s brought with them many more artists, and what is known as the "Yiddishe schrayber mishpokhe" (the Yiddish writers' family) grew bigger and more influential. Many of them are our forefathers, the role models who laid these foundations and about whom we will tell on this site.

Since the beginning of the 21st century, the directors and most of the members of Leyvik House are no longer natives of Eastern Europe, but rather natives of Israel! Of course, we still read and study the Yiddish classics who carry the treasures of history and values, but the focus today shifts to Hebrew-Yiddish speakers. To revive their childhood memories and venture into the sphere of Eastern European Jewry. As the creators of the magazine "Eyns" insisted at the time, we too are determined to fulfill our mission today. We will continue to reveal to new audiences in Israel and around the world the light and magic of Yiddish culture. We hope that the pioneers, the Yiddish writers of past generations, must be satisfied with our achievement. We invite you to browse our site and take part in our community of "Yiddishland", the revival of Yiddish today.

Welcome to Leyvik House,
a home of creativity and vision for Yiddishistn. 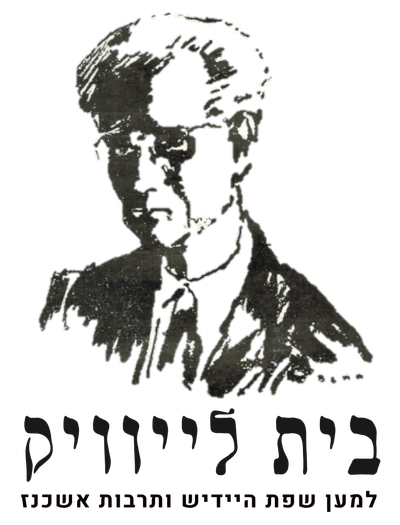